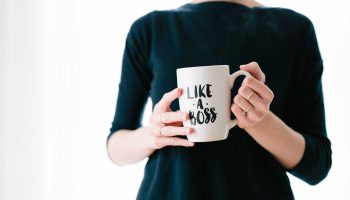 Back to the blog

Hiring new talent is an inevitable and critical part of being a business leader, and it’s more complicated than just reviewing applications and interviewing candidates.

If you’re not careful, the way your job posting is written can deter candidates. Many companies write descriptions with lists of responsibilities and requirements, but a study by researchers in the United States and Canada found that this can alienate qualified employees, The Wall Street Journal reported.

Focus on what your company can do for potential employees, and you’ll attract candidates who better fit your needs.

3. Fit the personality to the job.

Although the right skill set may seem like the most important factor in whether a candidate is a good fit, the truth is that skills can be acquired, but personalities cannot.

“Don’t become pigeonholed into thinking the person with the exact necessary experience is the right person for the role,” said Tom Gimbel, CEO and founder of staffing and recruiting firm LaSalle Network. “Consider soft skills – like interpersonal skills, communication skills, thought processes and emotional intelligence – because they matter.”

You should also consider how a candidate’s personality traits align with the daily job tasks. For instance, a trait such as empathy would likely be much more important for a nurse or a social worker than it would be for a tax attorney or a computer programmer.  Use automated interviews questions to help understand a candidates personality before you spend the time of bringing them in for an in-person interview.

A study by Leadership IQ found that failures exhibited by new employees may result from flawed interview processes. Eighty-two percent of the 5,000 managers surveyed reported that the interviewers were too focused on other issues, too pressed for time or lacked the confidence in their interviewing abilities to pay attention to red flags.

According to Leadership IQ CEO Mark Murphy, this is because the job interview process focuses on making sure new hires are technically competent, whereas other factors that are just as important to employee success – like coachability, emotional intelligence, temperament and motivation – are often overlooked.

To ensure you touch base with these factors, ask the right questions.  You can design interviews within IntelliHire to determine how a candidate might respond to different situations to help determine their soft skills.

John Schwarz, CEO and founder of workforce analytics company Visier, said answers to questions such as “who are you going to be 10 years from today?” and “what makes you get up in the morning and do what you do?” can tell you a lot about a candidate’s drive and ambition.

5. Keep an eye on your reviews.

Potential employees often seek insider information about companies they want to work for, and this includes salary estimates, interview tips, and reviews from current and former employees from sites such as Glassdoor. According to Glassdoor, 46 percent of its members read company reviews before they even speak to a recruiter or hiring manager. Top candidates may not even apply in the first place if they don’t like what they see: 69 percent of job seekers said they would not take a job with a company that had a bad reputation, even if they were currently unemployed.

However, another 69 percent of respondents said they’re likely to apply for a job if the employer actively manages the employer brand by responding to reviews, updating the company’s profile, and sharing updates on the company’s culture and work environment.

Based on Glassdoor’s data, two actions that draw in candidates include being active on review websites and posting accurate information. If you have a lot of negative reviews from former employees, it may be time to work on your company culture before you try to fill any open positions. Doing so can improve employee retention and lead to more positive reviews that will attract quality employees.

Get updates and the latest scoop in your inbox